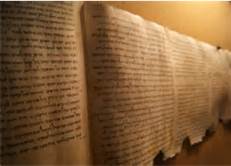 24 “Very truly I tell you, whoever hears my word and believes him who sent me has eternal life and will not be judged but has crossed over from death to life. 25 Very truly I tell you, a time is coming and has now come when the dead will hear the voice of the Son of God (Elohim) and those who hear will live. 26 For as the Father has life in himself, so he has granted the Son also to have life in himself. 27 And he has given him authority to judge because he is the Son of Man.

The Son of Elohim, as the right hand of the Father, is the walking Word, “and those who hear (the Word) will live”, in YHshua Amein.

King James Version (KJV)
“Sing and rejoice, O daughter of Zion: for, lo, I (the Word) come, and I will dwell in the midst of thee, saith the LORD (YHWH, the Word of Elohim – His manifested wisdom).”
May YHWH’s Will (Word) be done on earth (in us) as it is in Heaven!!!!

“Sing to the Lord (YHWH), all the earth; proclaim his salvation day after day.”

As so of prophets, men and women of Elohim knew and proclaimed His Word (spoke it with authority) that we may live by it and be saved, so did the walking talking Word of YHshua do…. His name says so: YHshua (YH’s salvation) the Word’s salvation, Amein.

May YHWH’s Will (Word) be done on earth (in us) as it is in Heaven.  Shabbat Shalom Friends 🙂 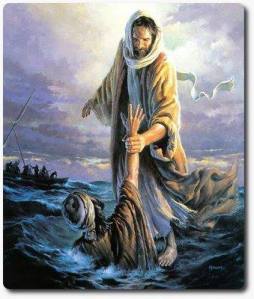 King James Version (KJV)
“Salvation belongeth unto the LORD (YHWH – the Word of Elohim): thy blessing is upon thy people. Selah.”
Our Heavenly Father reaches us through His Word, that which identifies Him, YHWH, who’s blessing is upon His obedient children; His true followers: (YH)shua proved the perfect example of what it means to be the obedient child, a leader who overcame disobedience in man, telling us to follow his lead, and one day to do more than he…. HalleluYH, thank you for your Grace Elohim.
May your Will (Word) be done on earth (in us) as it is in Heaven, Amein.

King James Version (KJV)
“Put on therefore, as the elect of (Elohim) holy (set-apart) and beloved, bowels of mercies, kindness, humbleness of mind, meekness, longsuffering; Forbearing one another, and forgiving one another, if any man have a quarrel against any: even as Christ forgave you, so also do ye.”
Amein, May YHWH’s Will (Word) be done on earth (in us) as it is in Heaven, in YHshua, Amein.

King James Version (KJV)
“Now this I say, brethren, that flesh and blood cannot inherit the kingdom of God (Elohim); neither doth corruption inherit incorruption.”
Elohim’s manifestation (His Word) is incorruptible; man’s word is corruptible, that of the flesh and soul. On it’s own, it can not inherit  the Word’s dwelling place: His Word is salvation (YHshua), the opposer of the Word? satan the 666.
Within the below text Solomon shares he defined the 666 sitting on a throne with (6) steps, (6) lions on one side and (6) on the other (12 lions) on the Temple mound, the man that opposes the Word of Elohim is what Solomon proved to turn into, so too the (12) tribes (lions) of Israel. (Also see 1 Kings 10:19-20): At the end of his life Solomon realized what truly matters (see Ecclesiastes 12:13-14).

18 And there were six steps to the throne, with a footstool of gold, which were fastened to the throne, and stays on each side of the sitting place, and two lions standing by the stays:

19 And twelve lions stood there on the one side (6) and on the other (6) upon the six (6) steps. There was not the like made in any kingdom.

Solomon’s turning from the Word lead him to opposing the Word (the 666), actions in disobedience, he turned to other g-ds the most mentioned of them Ashtoreth, the fertility g-dess in Canaan. This is the g-dess that Constantine and a newly formed catholic church  rallied around in 325 AD, the same one that Solomon fell too in the 10th century BC…. what replaced the Jewish feasts of Passover in modernity. The end result of the 666 in man? the resurrection of our Messiah celebrated as easter day –  the day of Ashtoreth. At the end his life Solomon comes to the  conclusion that all that is not of YHWH’s commandments (the Word /Will/ Manifestation of Elohim) is vanity.

13 Let us hear the conclusion of the whole matter: Fear God (Elohim), and keep his commandments: for this is the whole duty of man.

Paraphrasing the 3rd commandment of Elohim to man, “thought shall not take my name (YHWH) in vain”; the second? ” Thought shall have no other g-ds before me”- ANYWHERE!!!!!  and THE FIRST? “THOUGHT SHALL LOVE YHWH WITH ALL YOUR SOUL (LIFE).”

By breaking one commandment, Solomon proved to lead himself to brake all others – eventually realizing his wisdom was not that which was given him by YHWH: The lesson? to be obedient to YHWH…. YHshua (the Word of Elohim) setting the final message to the “Adam man” – that to walk in his obedient steps is to walk in the Father’s salvation, (the Word’s salvation – YHshua) Amein.

May YHWH’s Will (Word) be done on earth (in us) as it is in heaven.

King James Version (KJV)
“Now all the work of Solomon was prepared unto the day of the foundation of the house of the LORD (YHWH), and until it was finished. So the house of the Lord (YHWH) was perfected.”
Our offspring depend on us as Solomon depended on David, equipping him with the tools he needed to perfect the Work of YHWH.
May YHWH’s Will (Word) be done on earth (in us) as it is in Heaven.

King James Version (KJV)
“Nevertheless the foundation of God (Elohim) standeth sure, having this seal, The Lord (YHWH – the Word of Elohim)  knoweth them that are his. And, let every one that nameth (identifies) the name of Christ (YH’s Salvation, the Word) depart from iniquity.”
May your Will (YHWH) be done on earth (in us) as it is in Heaven, in YHshua, Amein.

King James Version (KJV)
“Let us hear the conclusion of the whole matter: Fear God (Elohim), and keep his commandments: for this is the whole duty of man.”
And so too would YHshua agree, may YHWH’s Will (Word) be done on earth (in us) as it is in Heaven.

King James Version (KJV)
“Let the word of Christ (YHshua – the Word’s Salvation) dwell in you richly in all wisdom; teaching and admonishing one another in psalms and hymns and spiritual songs, singing with grace in your hearts to the Lord (YHWH – the manifestation of Elohim – His Wisdom /Will).
Paraphrasing YHshua, “May YHWH’s Will (Word) be done on earth (in us) as it is in Heaven, HalleluYH!!!!

20 Archaeological Finds for the Old Testament (with Titus Kennedy): By Dr. Sean McDowell

Were the Habiru of written history, a people without a nation, the sojourners of the Bible, those called Hebrew? By Israel MyChannel.

Unearthed – The Discovery of Joshua’s Altar: By, The Joshua & Caleb Report

Did the Gospels Copy Each Other? By Religion for breakfast. Yet the narrative stays, regardless! Knowledge to equip our responses.

Biblical writing, the fabric of heavenly morality, history, and Jewish penmanship: Chronology aside, the destruction of a national treasure that points to ‘Jonah and the Whale’. By the Smithsonian Channel intro video. Interesting.